From local pioneer to global expert

From chain conveyors to flow solutions

Forty years ago, FlexLink transformed industrial production through pioneering modular conveyors that allow producers to create flexible production lines. This concept of conveyor manufacturing has been designed, scaled up, and commercialized worldwide since the 80s. Today, FlexLink is a leading expert for chain conveyors and flow solutions for production lines.

In 2020, the launch of the flexible industrial palletizer RI20 allowed the company to complete the offer for the end-of-line process. In addition to the advanced robotics offer, 2020 also sees the expansion of the stainless steel conveyor range. The 70mm system (X70X) is ideal for handling smaller, more sensitive products such as dairy products. Additionally, a new generation of plain chains brought significant improvements in operator and product safety. 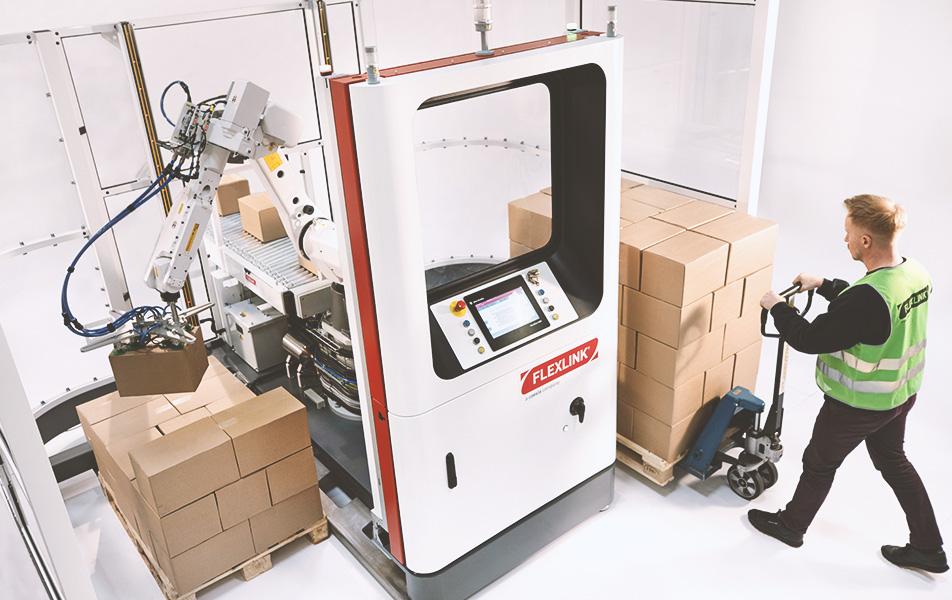 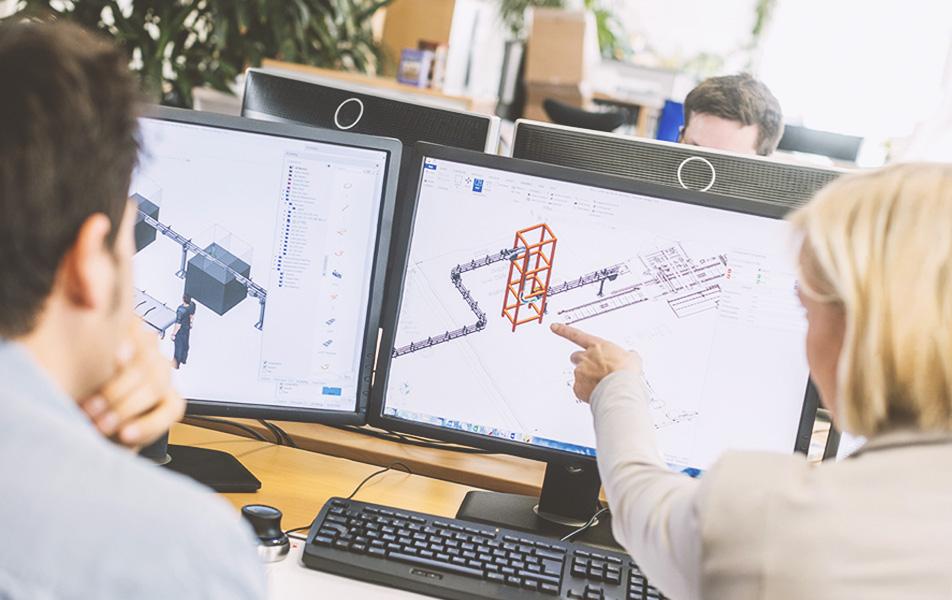 Around the 2010s, the launch of the X85 conveyor showed a renewed interest in the aluminum beam conveyors, and additionally, FlexLink launched the X65 platform. Furthermore, the company introduced the FlexLink Design Tool (FLDT), an innovation in how customers can design their lines and simulate production flow.

In 2012 FlexLink joined Coesia. Since then, the conveyor manufacturer has focused even further strengthened on innovation and user experience. In close collaboration with a leading global consumer goods company, FlexLink developed the first collaborative robot palletizer RC10.

In 2018, FlexLink presented a new compact spiral elevator solution, offering a 40% smaller footprint compared to the most common solutions on the market, saving valuable floor space. It came with convincing capabilities such as gentle product handling, low friction and a low operating cost. Since then, we've further developed the Compact Spiral and broadened our offer.

Growing with customer demands and becoming a market leader

FlexLink’s conveyor manufacturing concept is focused on flexible plastic chain conveyors. Conveyed products travel directly on the conveyor or pallets, pucks, or carriers. Conveyors manufactured by FlexLink are used to automate material handling in processes such as filling, assembly and packaging. Following growth in aluminum conveyors with the X85 and X45 throughout the early 2000s, product innovation focused on modular stainless-steel conveyors and industry-focused solutions, such as Dynamic Flow Concept™, which creates optimal line balancing and therefore increased production output. 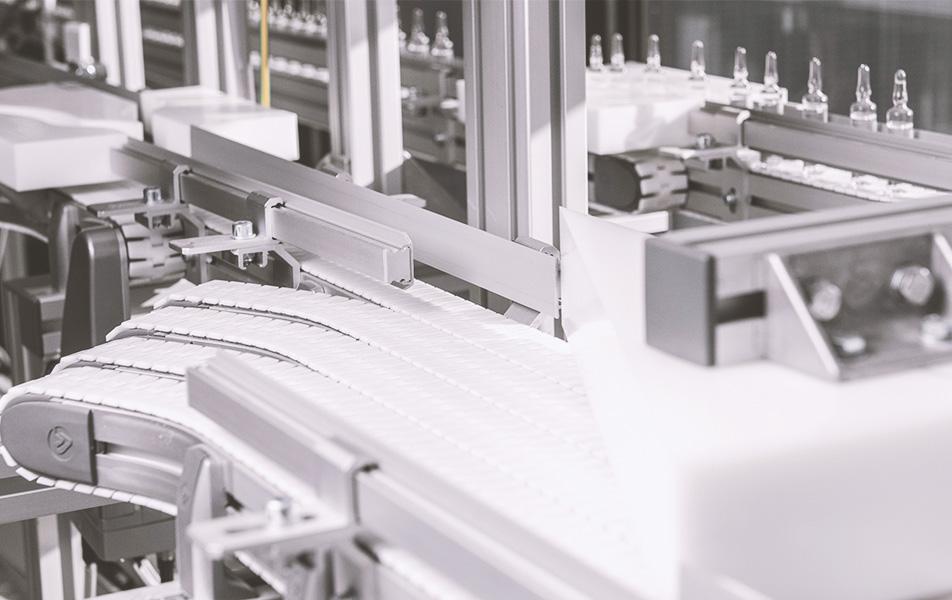 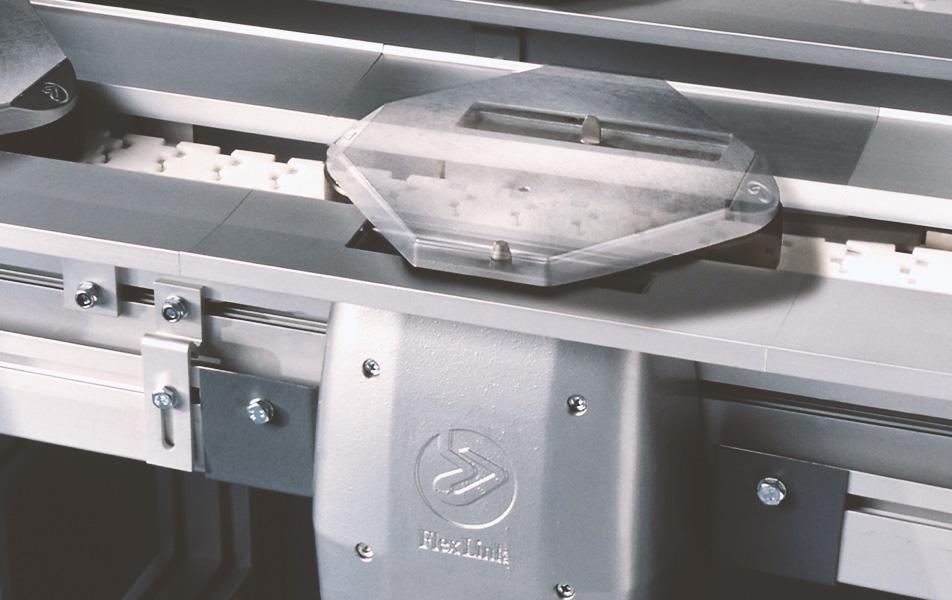 The industry benchmark for conveyor manufacturers

Motivated by the success of the conveyor systems, the conveyor manufacturer continued with further customer-centric research and development, leading to the introduction of further products. The first pallet system and wedge solutions were breakthrough innovations at that time. The strong growth continued throughout the 1990s as FlexLink invested in a platform dedicated to the automotive market. The XK heavy-duty platform proved to be the perfect match of robustness and flexibility, meeting these increasing demands for the market.

In November 1979, Leif Lachonius presented a business plan for the following five years and laid the foundation for FlexLink's development. He was already involved in developing a plastic chain conveyor at SKF Sweden, where the story of FlexLink began. FlexLink started operating as a conveyor manufacturer on January 1, 1980, with Leif Lachonius and Rolf Nissbrant as its first employees. The first years saw the rapid development of conveyor systems and a business that substantially outdid the competition.

The first built conveyor range was called XL, designed for light goods such as bearings, packaged food, or lenses for glasses. It was launched in 1980 and has been one of the company’s biggest-selling platforms since the beginning. Then, FlexLink launched XS for small goods such as syringes, vials, electrical bearings, leading up to XM for medium-sized goods such as plastic bottles, creams and jars. XH for heavy goods such as engine parts, shafts, or boxes followed right after.

Soon after the launch of the conveyor platforms, the first pallet system and wedge elevator were presented to customers. The global supply chain was supported by the opening of European, Asian, and American distribution centers. 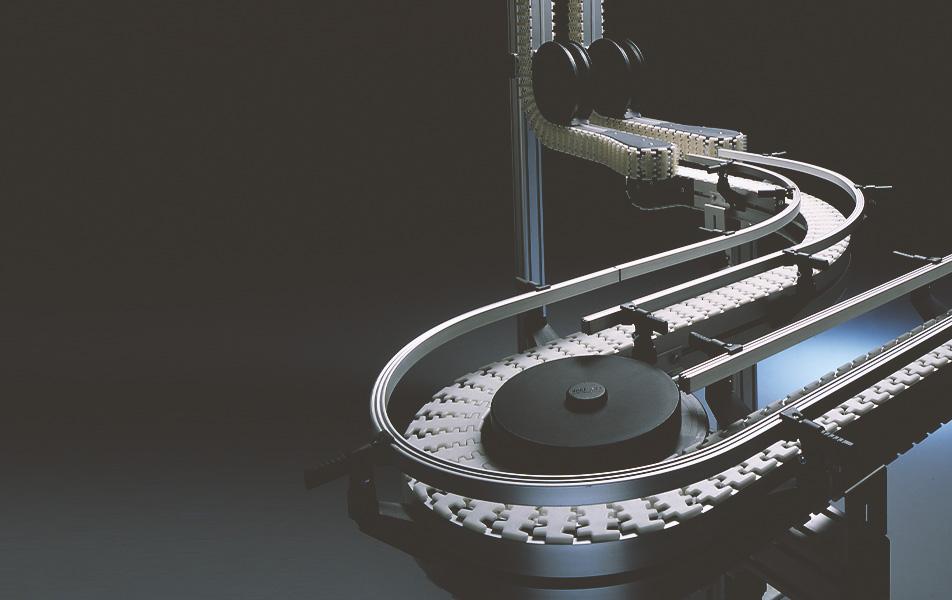 FLEXLINK IN THE WORLD
OUR CULTURE